B is for Bossy 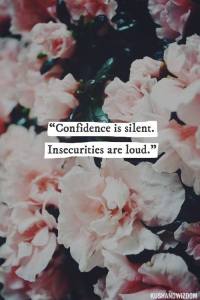 Bossy, Bossy, Bossy is what I am, or more accurately what I was told I was as a child. I can hear my sister and brother now “Mother, Mother, You’re not the boss of us!”  And my mother’s refrain of “stop being so bossy Margaret.”

And, I was seriously bossy. I remember feeling that my parents were just not doing a very good job. 😉  So I would step in and help out.

Much later, when we were all adults, my sibs let me in on their joke that I was Queen Margaret and they were the 2 Trolls. Hah! There’s an uncomfortable amount of truth to this characterization.

But you know who is bossier than the little girl who was trying to bridge the gap of caretaking for her parents, whether the need was real or imagined — my bossy inner critic:  She hogs up a big space in my brain with her chattering commentary on everything I do.

(She loves to use the words that my authority figures like my mother, father, grandmother, principal, teachers, uncle used.  These are the words that imprinted themselves on my brain especially during strongly emotional moments; big emotion, big imprint.)

Imprints on the brain– that’s bossy!

I’ll tell you about my bossy one—I’ve named her “Miss Priss.” She gets up before I do in the mornings. She likes to get a head start on chatting me up about my various shortcomings and past mistakes before my eyelids even have time to open! She’s with me while I’m doing mundane chores like filling up my gas tank. For some reason she loves to assault me at gas stations! “You always get the expensive gas—you’re lazy—you could drive down to the other station where it’s cheaper.” She saves one of her favorite excoriations for when I’m scanning the gas rewards card and I get a “0 cents off” because the reward has expired.

There’s nothing quite as punishing as having a reward expire!  Miss Priss piles it on higher and deeper with her refrain: “You can’t ever do anything that takes precision and detail.” I could relay Miss Priss’s unpleasantries for days.  This could really mess with a person’s mind!

You’ll recall–please hang on my every word–that in last week’s “A is for Ask” post, that asking someone for something is hard and scary because it makes you vulnerable to being hurt.

Vulnerable is Miss Priss’s favorite playground. She’ll horseplay for hours with “You don’t deserve that. That’s selfish. You’ll lose him if you put yourself first. You need to be the bigger person. It’s not kind to upset him.” She will go on with: “The Bible says to turn the other cheek and lay down your life for others.”

You may be thinking by now that I should try and get rid of Miss Priss, and that  you would certainly like to get of your part that is like her.  Then our problems would be solved!

That would be a pretty rational thought. However, bossy ones in general are not rational; and my Miss Priss in particular, has a pretty good case of the opposites:  the more I try to get rid of her, the louder she gets. She thrives on negative attention!

What’s the solution?  Taming. Taming is the solution. Tame Your Bossy One.  He or she is a little scattered, negative, and in need of structure, but she’s still  an important part of you.  So how do you Tame this undisciplined part of you?

Because I know you LOVE steps–Ta-da!

7  Steps for Taming (instead of battling) our  Bossy Ones!

Why do you want to do this???  Because . . .  every time you notice and tame you are creating new happier imprints on your brain. 🙂

Join us in naming and taming!  And tell us about it!

How To Get Better Now